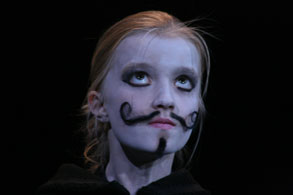 In a report published in 1996, the International Commission for education in the 20th century established by UNESCO, assigned a new objective to education: in addition to simply knowing, knowing how “to do” and knowing how “to be”, from now on apprenticeship must include knowing how to live together, in order to “help transform a de facto interdependence into an intentional solidarity.”  Actually, in spite of an astonishingly multiple and easy means of communication, there is a general lack of understanding of this new objective in the contemporary world.

Edgar Morin thinks that the seven forms of knowing necessary for education in the future must teach mutual understanding of its two poles: one pole that has become planetary, the one of the understanding between distant beings, and an individual pole, the one of the relations between closely related beings. The human being, who is, at one and the same time, an individual, a member of a species, and a member of society, is also “complex” in the etymological sense of the term, “that which is woven together”.  If one thread is pulled out the cloth is ruined.

The members of the Commission, just like Edgar Morin, sensed it deeply and suggested that art can and should permit the teaching of the ethic of understanding. The experiments carried out since 1986 by the International Theatre Academy for Children show the correctness of their intuition: aesthetic education is an ethical education. It teaches us at the same time that the child, that ‚Äúabsorbent spirit‚ÄĚ, according to Maria Montessori, is not educated and does not grow except through contact with an adult who for that child is an irreplaceable model.